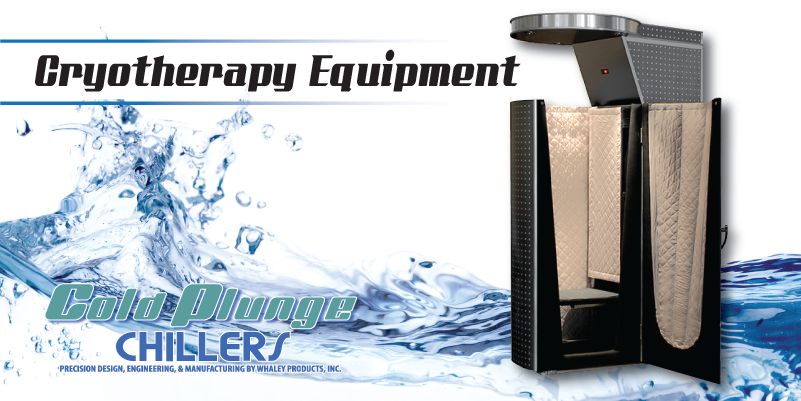 Cryotherapy helps reduce the inflammation of muscles and provides relief for nerve, joint and muscle pain. Cryotherapy exists in two forms. The first is whole-body cryotherapy; the second is partial body cryotherapy.  Whole body cryotherapy allows for a uniform chill of the body and produces higher cellular activity. Localized cryotherapy specializes in targeted areas and allows for longer and deeper penetration of the area. Both are great for athletes looking to relive pain, or symptoms relating to injury.

Whole body cryotherapy uses two different forms of treatment chambers. In this process, an electronically cooled chamber or a nitrogen cooled shower can be used. The electronically cooled chamber is similar to an enclosed box and can house up to 4 people. The temperature of the chamber can reach down to -256°F. The nitrogen cooled shower is similar to a misting station. The shower is single serve. Because of the openings at the bottom of the feet and the opening on the head, there is significantly less cooling. The open end results in an uneven cold temperature within the chamber.

Local cryotherapy, or partial cryotherapy, targets specific muscle areas. The device looks like a vacuum hosed attached to a rectangular chamber about half the size of an adult man. The cold air treatments reach -25°F to -40°F and last between 20 seconds and 1 minute. This process works better than icing an injury. Localized cryotherapy can be moved to various parts of the body. The hose allows a defined and precise area to be cooled.  Exact air flow can contact the surface of the skin. Localized cryotherapy devices take in room temperature. The ambient air is then chilled before being delivered to the designated areas. Localized cryotherapy reduces the risk of damage to tissues and muscles.